I've always been just me, taking one day on at a time. I make mistakes, fall, get back up and try to find the lesson in the aftermath. I try not to learn the same lesson twice. Here is were I share my thoughts on the fall outs, successes and failures which have and will become who I am.

Letting go of a Past Regret

I run my fingers over the scars where the knives went in. They don’t burn to the touch anymore, but I hoped they would be smaller and less distinct. I look at the jagged edges and wince. Why would anyone want a heart?

It beats normally again, but it took a while. As I hold it in my hands and turn it over, an aura of trauma lingers. I regret not protecting myself sooner. I could have prevented all the pain by following my instincts. From the start, my instincts gave me an uneasy feeling.

It never seemed right to trust him with my heart, but I didn’t see the trap for what it was at first. I wanted to believe in the best in him and his potential to be a good man. I invested my heart and trust when I had the instinct to run. I felt his predative nature, but he mastered lies, smoke, and mirrors.

He said his biggest fear was me leaving and he found ways to force my loyalty. Fear of someone leaving isn’t love at all. To save him pain, I caused my own by mitigating his jealous insecurities.

He used jealousy like a leash on a tigress, ripping at it to control me but uncaring and distant while he hunted other prey. As long as I was complicitly unaware of his violations, he showed no remorse.

He chose to ignore the wounds he caused and inflicted more when I begged him to stop. Anyone with a conscience would have released a wild thing in such pain.

In his imposed isolation of possession, jealousy, indifference, disrespect, and dismissal, I damaged myself escaping to freedom and safety. He remained distant and uncaring as I fled.

Once free and capable of causing him great harm, he apologized while twisting his knife and justifying every crime. Despite the wounds, I refused to cause him the damage karma owed him.

I danced with a devil and learned his steps.

Perhaps, in my defense and his, he has wounds he never let heal. He bleeds while he causes others’ wounds. I was not his first sacrifice. If I stayed, he would slowly bleed me to death like others who came before.

Perhaps, I should be grateful. I spent so much time in hell, I know my demons’ first names. I had to fight for air to breathe and I found strength I didn’t know I possessed.

Scars remain but serve as a warning to protect myself, but perhaps most importantly, remind me: healing endures.

My heart is stronger, willful, and wild. I chose to be alone until the wounds healed. I wouldn’t carry the damage forward. I wouldn’t allow my past to make me the originator of another’s pain.

Pain is life’s way of teaching what love is and isn’t. The greater the pain, the greater the depth of understanding and the stronger love returns.

Love returns in a whisper and remains in an orchestrated symphony. Its dedication knows no bounds. It is a refuge from storms, salve for wounds, and a splint for injury. It strengthens, shelters, cherishes, and gives more than it takes. Most of all love remains after the thrill of the hunt has ended. 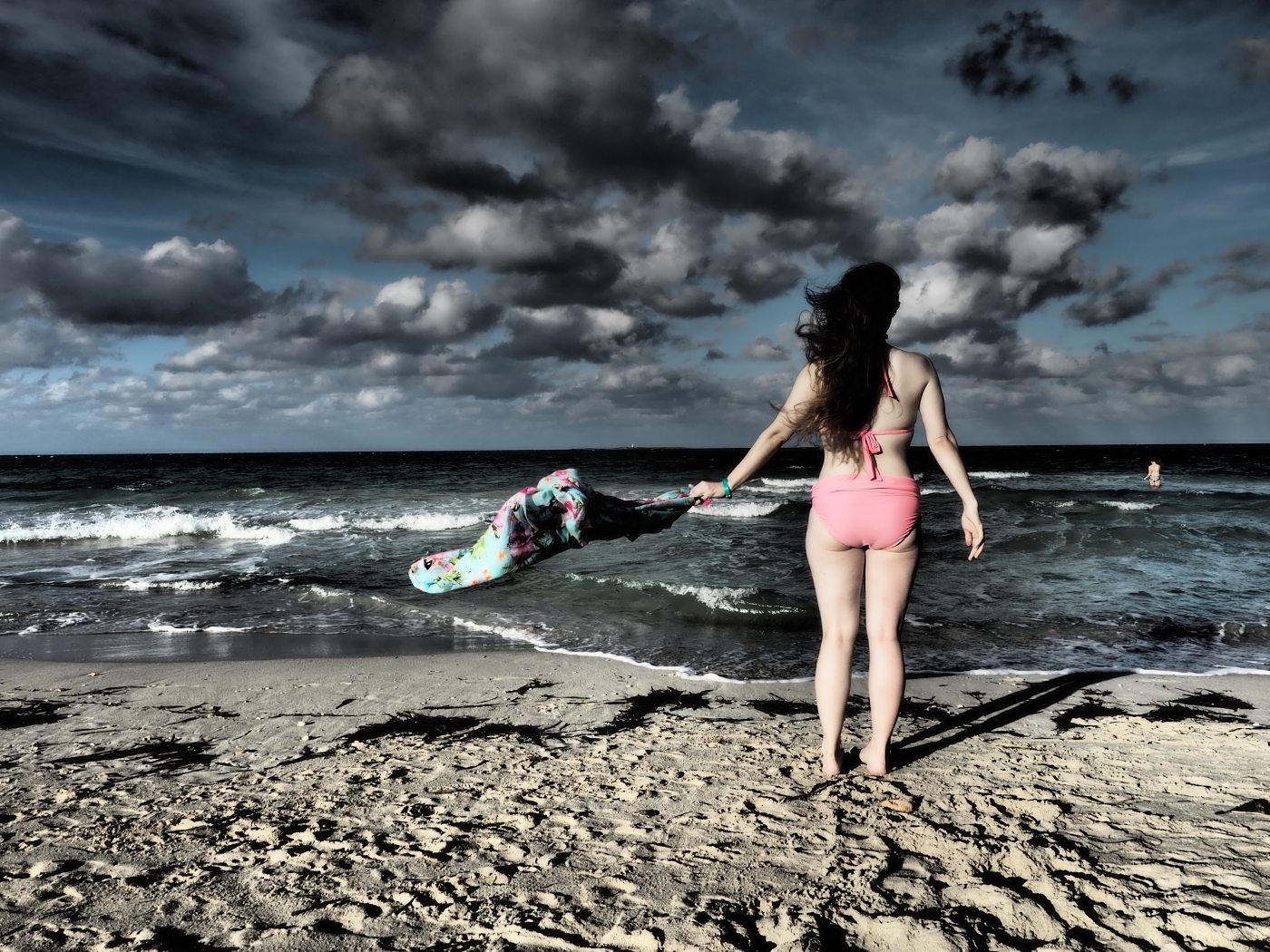 Moments of strength are not the human definition. In moments of suffering, comes definition.  Successes do not determine worth. Reactions to failure determine worth. A life well lived is true beauty and not seen with the eye alone. Youth is a liar and health a traitor; it is in the absence of youth and health our true self emerges. Accomplishments, without perseverance and character, are nothing. Resolve is tested and developed through disappointment and anguish. Life is not the process of being, but of becoming. In being we are nothing, yet in becoming, we have hope and the promise of the future.  In this we are summarized at the end of our lives, there is nothing we can take with us and nothing we leave behind of any value unless it benefits the summary of another’s life.

Become a someone others would like to be friends with. Someone to be relied upon and trusted. A truth teller, when it isn’t convenient or comfortable. Give more, take less. Give credit where due. Stand for the right thing. Get up from failure a better person. Know not everything is achieved in life. The height of potential achievements is on the day the heart ceases to beat, and lungs forget to breathe. Hold each day between life and death as a sacred promise of opportunity. Each daily opportunity is a chance to recover from failure and perfect the mistakes of the day before. Time will change all things. Let change be the effects of decisive actions toward becoming more than today’s achievements and more than a currently imagined future. At the end realizing, achievement was never the goal, it was the contribution to the becoming of others.

The shutters rattle and slam in the wind. Rain pours through the cracks in the roof. The drab grey interior of the shack is only made more miserable with the addition of a puddle on the dirt floor.

I shuffle my body into the driest corner. There is nothing to sit on but the floor. I sit in the dirt with my back resting against the corner. Not much of a shelter but the storms outside are unrelenting. I am damp, not quite drenched through. I was buffeted by icy wind and cutting sheets of rain. Exhaustion makes the dank interior feel almost welcoming. The leaky roof and muddy floor are a grey, lifeless refuge from hurricanes.

I can’t stay here but I can’t go back into the storms. Sitting on a dirt floor with an ever encroaching puddle is preferable to a gale force typhoon. Hurricanes rip at my refuge. I accept what little comfort the shack provides.

I call the shack numb. Numb is a dry spot in the corner of a flimsy shelter which blocks out the worst of the storms and the best of the light. Numb, a roofless shack in a hurricane. Curled up in the driest corner is the best and worst anyone can hope for.

If I get caught in the emotional storms, the color bleeds out of life and I breathe in lungfuls of water. Without numb, I collapse into myself. The screams in my head are overwhelming. Searing pains rip through my chest. Every neuron lights up with anxiety, anguish and grief. All the darkness shoved down, boils through my synapses. A rip tide of emotions can pull me into the darkest crevasses.

To escape, I crawl into the shack. I like numb. I hate numb. Numb is too much and never enough all at once. Numb is better than the feelings I can’t process; feelings better buried under bravado and dismissed.

Numb however, is a temporary shelter, not a place to take up residence. Every storm ends eventually, but sometimes it rains night after night. Though it may feel as though hell has a sub-basement and I should unpack and move in, one day the storms will end. The sun will shine again. Though it may be stilted, stiff and hesitant, my feet will carry me out of the shack where I can see light again. 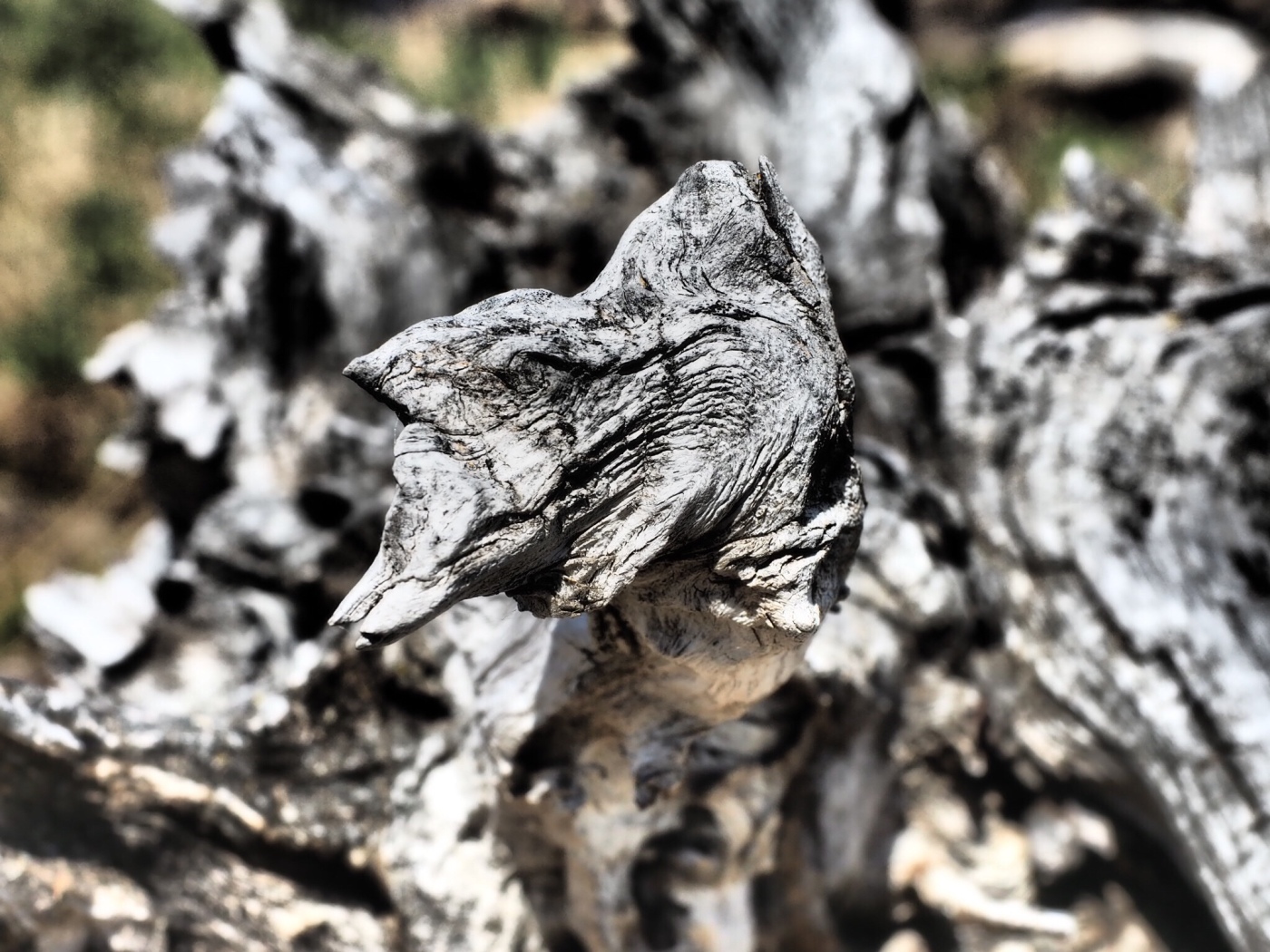 Each footfall fills the air with dust and ash as I wander through the remains. Ash makes my gasps acrid and dry as I try to fill my nostrils and lungs with air.

I didn’t set the fire. In spite craving the warmth, I tried to stop it. I knew what fire could do.

Fire destroys life with light and leaves charred darkness behind. Fire consumes the color of beauty with heat and abandons ashes in its place. Flames of brilliant light and radiant warmth followed by the cold, crumbling, black and grey remains.

What once stood a house of love with a foundation of trust, is ashes of disrespect and betrayal. I had nothing but a torrent of tears against the determination of an inferno to burn. My tears meant nothing.

My hope of salvage was to suffocate the fire by not giving it anything else to burn but I was too close and knew it too late. I was too much and not enough and the fire burned with vengeance. The fire was fueled by the wounds which came before and it burned what I was, would have been and could never be.

For all the agony of the burning, it is not within me to hate fire. Fire craves creating the warmth and light but once the burning starts, fires are driven to self-destruct. I saw it coming, I chose to stay and fight the blaze for a time but like the love I gave I burned to ashes.

Each individual made unique. We all have moments which are entirely our own. Moments no one else has experienced or will experience again. We’ve all been through extraordinary  circumstances and have had moments of becoming. What defines us is how we navigate circumstances we have no control over.

END_OF_DOCUMENT_TOKEN_TO_BE_REPLACED

A Life Not Lived is Lost 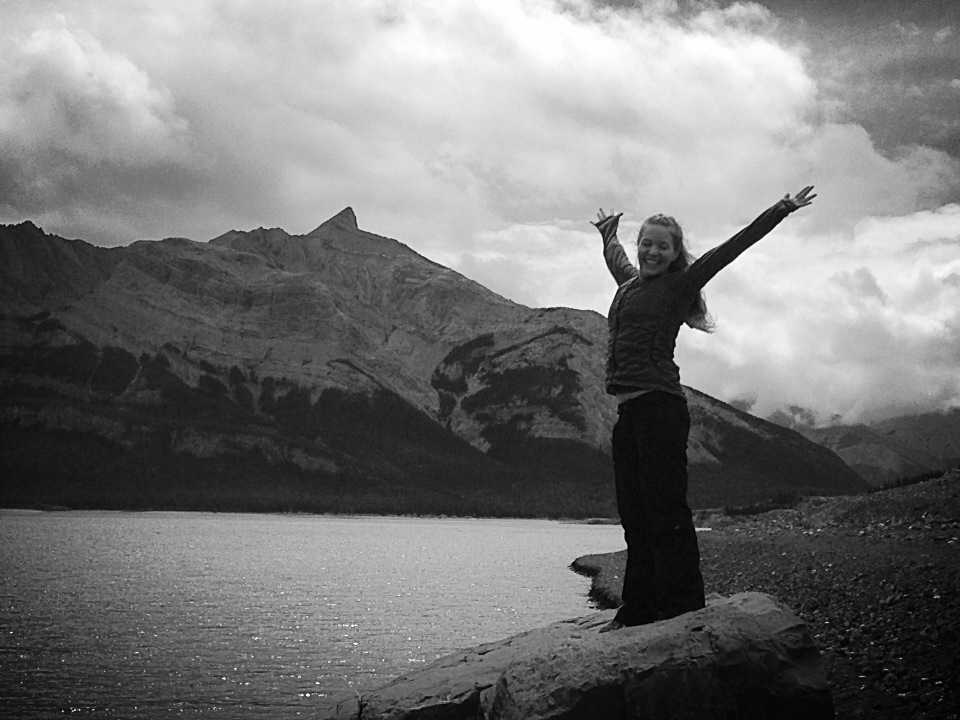 ‘Let me not add days to my life but life to my days.’

A life on the edge. Living in the moment. Worst of all Clichés: YOLO (you only live once), stated loudly and often. I am all for living as if the moment I am living is my last. I have had enough close scrapes (scars and x-rays to prove it) I am fully aware this moment could very well be my last but so very few understand what life ‘on the edge’ really means. END_OF_DOCUMENT_TOKEN_TO_BE_REPLACED 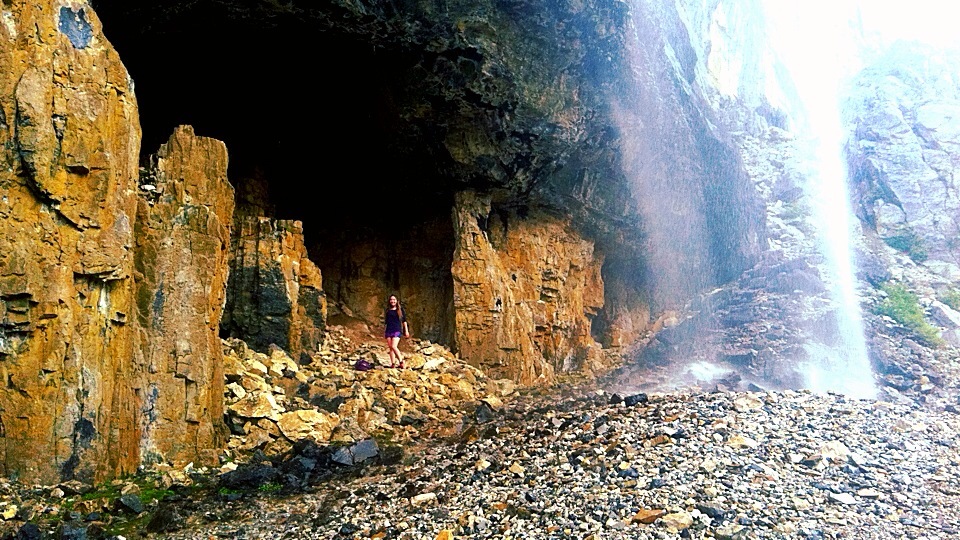 After our adventures the day before (see The Gypsy Cowgirl and Circus Vegan Hike: Morrain Lake to Sentenal Point) and the fact we had to drive home from BC that night, we picked an easy rated hike. It took an exceptional effort to crawl out of my warm Nemo Equipment Spoon bag and roll off my comfortable Exped UL 7 Downmat that morning. I wasn’t sore but sleeping really did not go well. Half a flask of my Whisktea and I was still awake much longer than I would have liked. Robyn almost had to give me wake up calls, a significant role reversal in our friendship. Finally my caffeine addiction came to call and I started packing up. A late start meant I skipped breakfast and opted to stop for a quick bite and coffee at Starbucks. Not exactly the backpacking I usually do but Stanley Glacier takes us out of Banff National Park and past a Starbucks and old habits die hard.

END_OF_DOCUMENT_TOKEN_TO_BE_REPLACED

I lean back, close my eyes and inhale the scent of pine, dew and dry cured hickory bacon. The sun is barely cresting a mountain ridge, the light through the trees dances on my eyelids. I open my eyes, squinting against the glorious light which is cascading on my wild caramel and copper shimmered tresses.  Nothing but the mountain’s many cheerful morning voices interrupts my solace. I have always enjoyed time alone for these uninterrupted moments.

END_OF_DOCUMENT_TOKEN_TO_BE_REPLACED 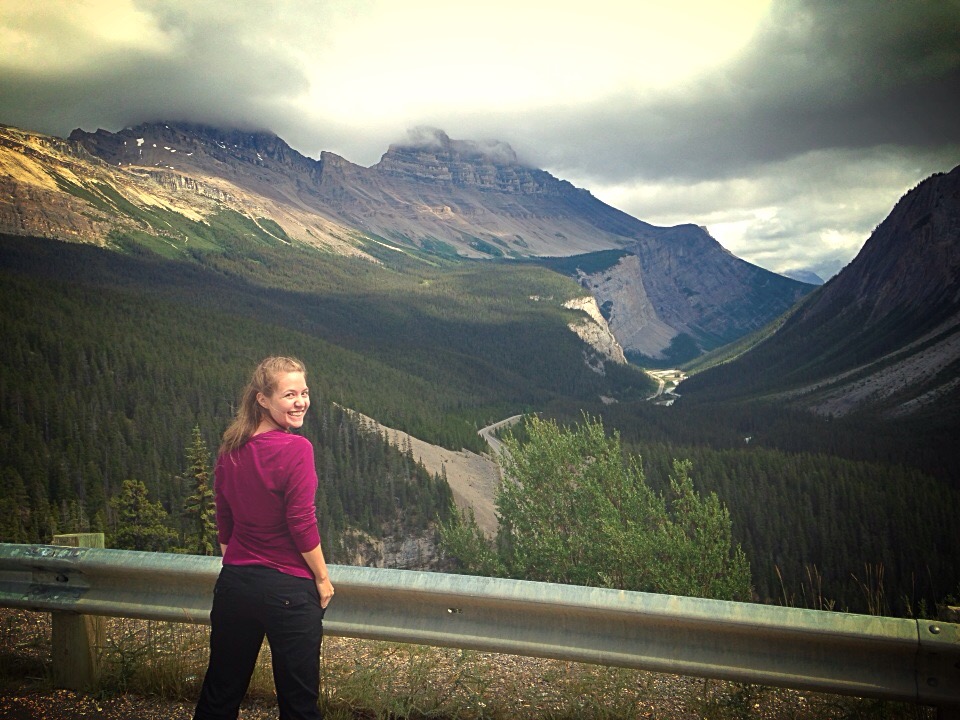 It takes time and practice to figure out who you are as a backpacker. Regardless of your backpacking style there are basic rules and equipment you will need. I can tell you to pack the “Ten Essentials” but theory only goes so far. My purpose is to make theory applicable and let you experiment from there.
END_OF_DOCUMENT_TOKEN_TO_BE_REPLACED